Cyber security threats are becoming more and more common, but there are ways to protect your data. A significant portion of the world’s population is on the internet. With such a vast number of people using the internet, it has become easy for hackers to access your data and personal information with a few clicks of a button.

​What is cyber security?

The term “cyber security” refers to the set of technologies, procedures, and practices that are meant to safeguard networks, devices, programs, and data against attack, damage, or illegal access. Information technology security is another term for cyber security.
A cyber attack can have devastating effects on a company in terms of money, image and reputation. Cyber

The term “cyber security” refers to the set of technologies, procedures, and practices that are meant to safeguard networks, devices, programs, and data against attack, damage, or illegal access. Information technology security is another term for cyber security.
A cyber attack can have devastating effects on a company in terms of money, image and reputation. Cyber security is not just about protecting the company’s data but also their employees’ personal information.
Cyber hackers are becoming more sophisticated in their attacks with every passing day. Hackers are getting smarter which means that it becomes increasingly difficult to protect networks from them.

​What is a cyber security threat?

Cyber security threats are any incidents that can negatively impact an organization’s information systems, the organization itself, and the surrounding environment. Cyber security threats include both cyber-attacks and cyber-incidents.
Threats to cyber security come in many shapes and sizes. They can be anywhere from someone hacking into your Facebook account, to a devastating nuclear warhead being launched at a country. It is important to be aware of all the different kinds of cyber security threats so that you can protect yourself properly.
A cyber-attack is a deliberate attempt to disrupt or damage a computer system or network with malicious intent. A cyber incident is any event that has been caused by human error or system malfunction which has caused damage to an information system or network, but not as a result of human intent.

In today’s article, we’ll discuss the five types of cyber security threats you should be aware of in order to protect your business from collapsing.

A password attack is an attempt to get unauthorized access to a computer system. The attacker tries to find out the passwords of the system’s users, often by guessing their passwords or by exploiting security holes in the system.
Password attacks are a major concern for cyber security. A study has shown that 1/3 of online users use duplicate or near-duplicate passwords across accounts, making them more vulnerable to an attack.

The increasing number of breaches in today’s world has led to a rise in the number of password attacks. This is because companies and their employees are not following the rules when it comes to passwords. To have a strong password that is not so easy to be guessed you should pay attention to the following mistakes to increase your password security:

Mistake 1: Reusing passwords
Reusing a password may be a highly hazardous error for businesses and their workers because if one company’s database is stolen, all other accounts that use that same password will also be affected.

Mistake 3: not using a strong password
Passwords play a key role in securing data and devices. Having a strong password is an important step to preventing hackers from accessing your online accounts and personal information. A hacker will always try to guess your password, so it’s important that it is not easy to guess. Use upper and lowercase letters, numbers and symbols. Your password should be at least 8 characters and not contain your name, your birthday or other personal information that is easy to guess.

Malware is a broad word encompassing viruses, trojans, and other damaging computer programs that threaten employees to infiltrate systems and networks in order to get access to sensitive information.

Malware (short for “malicious software”) is a file or code, delivered via a network and infects, investigates, steals, or performs practically any activity requested by the attacker. And, because malware comes in so many varieties, there are various ways to infect computers.

Malware, regardless of its kind or powers, typically has one of the following goals:
– Allow an attacker to operate an infected program through remote control.
– Send spam to unsuspecting victims from the compromised computer.
– Examine the affected user’s local network.
– Take critical information.

A man-in-the-middle attack is a type of cyber attack in which the hacker gains access to the communication between two parties, alters the communication without being noticed, and then passes it on to one or both of the parties. The attacker can be a man in the middle for a wired or wireless network. The name derives from an analogy with espionage: just as a person positioned between two individuals who don’t know each other but exchange messages back and forth may be able to hear or see what goes between them, so an attacker might listen in on conversations going through a network.

Phishing is a form of cybercrime where false websites or offers are created to lure people into disclosing their sensitive information such as passwords, credit card numbers, and banking details. The goal is usually accomplished by sending an email that looks like it’s from a well-known company and asking for personal information.
One of the most common phishing scams that exist today is spear phishing which uses specific personal details like an individual’s name or job title in order to make the attack more believable.

A denial-of-service attack, or DoS attack, is an attempt to disrupt the services of a host connected to the Internet by flooding it with traffic from multiple sources. With the help of a botnet, an attacker sends multiple requests to the server so that it can’t respond to legitimate traffic, effectively blocking access for users.

Cyber security for aviation is provided by Renful Premier Technologies to protect your business data and from any type of security attack.

The development of our clients’ in-house cyber skills is a major focus for us. This enables our clients to be self-sufficient in the face of system threats. To that aim, we created a three-phase cyber improvement package that includes posture assessment, training, and support. 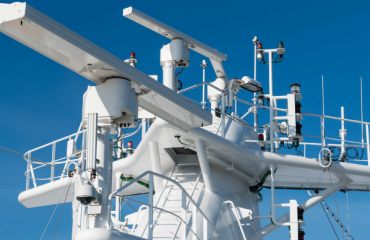 What are the most common maritime security issues? 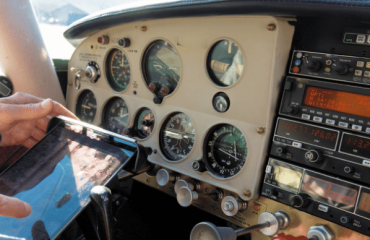 Why is aviation security training so important?

This website uses cookies to improve your experience while you navigate through the website. Out of these, the cookies that are categorized as necessary are stored on your browser as they are essential for the working of basic functionalities of the website. We also use third-party cookies that help us analyze and understand how you use this website. These cookies will be stored in your browser only with your consent. You also have the option to opt-out of these cookies. But opting out of some of these cookies may affect your browsing experience.
Necessary Always Enabled

Performance cookies are used to understand and analyze the key performance indexes of the website which helps in delivering a better user experience for the visitors.

Analytical cookies are used to understand how visitors interact with the website. These cookies help provide information on metrics the number of visitors, bounce rate, traffic source, etc.

Advertisement cookies are used to provide visitors with relevant ads and marketing campaigns. These cookies track visitors across websites and collect information to provide customized ads.

Other uncategorized cookies are those that are being analyzed and have not been classified into a category as yet.